About the Factory
Poonel Industrial Group began its operations in 1977 under the leadership of the late Davood Deyheemi, manufacturing pre-fabricated houses and employing fifty people. After fifteen years, operations were expanded and moved to the current location in Pakdasht as an integrated compound consisting of seven factories with a labor force of over 600 people, producing construction materials.
The production lines at Poonel Industrial Group along with all operations ended in 2010.
Today 17 acres of land are being converted into new spaces and venues for vi- sual arts, shared workspace and production, and agriculture.

What remains implies an aspiration so rare these days. The relics indicate a most productive people, willful and determined towards development and prog- ress. Among the industrial objects that have survived, there lie stories that the viewer can decode and review. Memory is now damaged, and what one can do is to meticulously study the remains. In this project, one

can think of the factory as an infrastructure or a dynamic material that the artist has used to create art and fresh interpretations.
Pooya Aryanpour

Facing the future,I am on the way,but i don’t transcend. 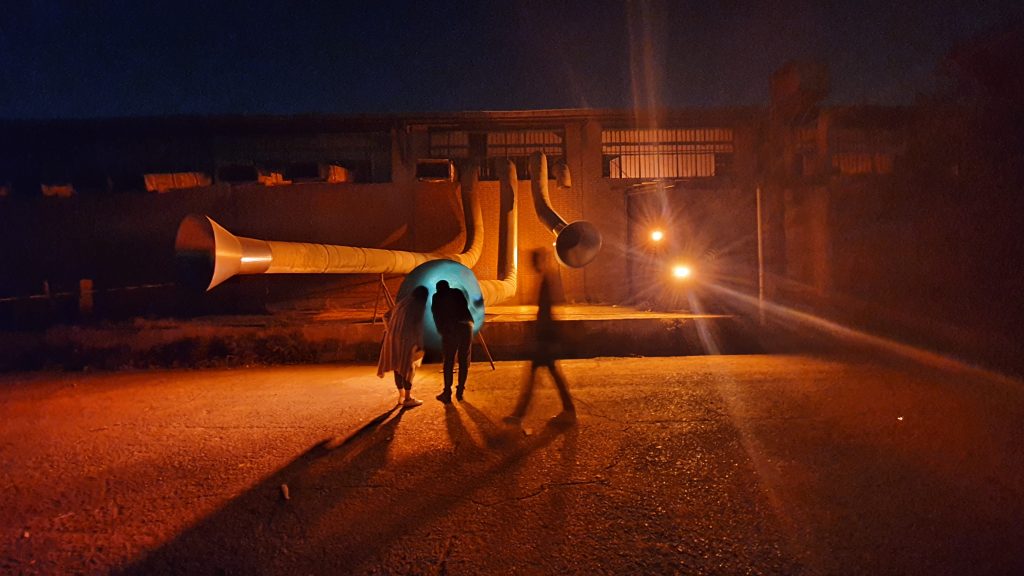 We doubt everything that seeks to make aware. Something that paradoxically guides us towards safety.

The “Boogh Afand” is a project in three phases, consisting of a network of pipes, part of which was already there in the
factory, formerly used for sawdust transportation. The other
part consistsof videos, displayed on monitors, installed in different parts of the production hall. A number of monitors are connected to devices that are out of order, while others belong to the control room of the hall. By manipulating the forms and adding newsections to other factory spaces, we expanded the network and attached large megaphones to them to modify the structure.

The relationship between human beings and their surroundings matters to me. This work refers to quarantine days and indicates the idea that our behavioral patterns are series of consistent habits which we keep repeating unknowingly. 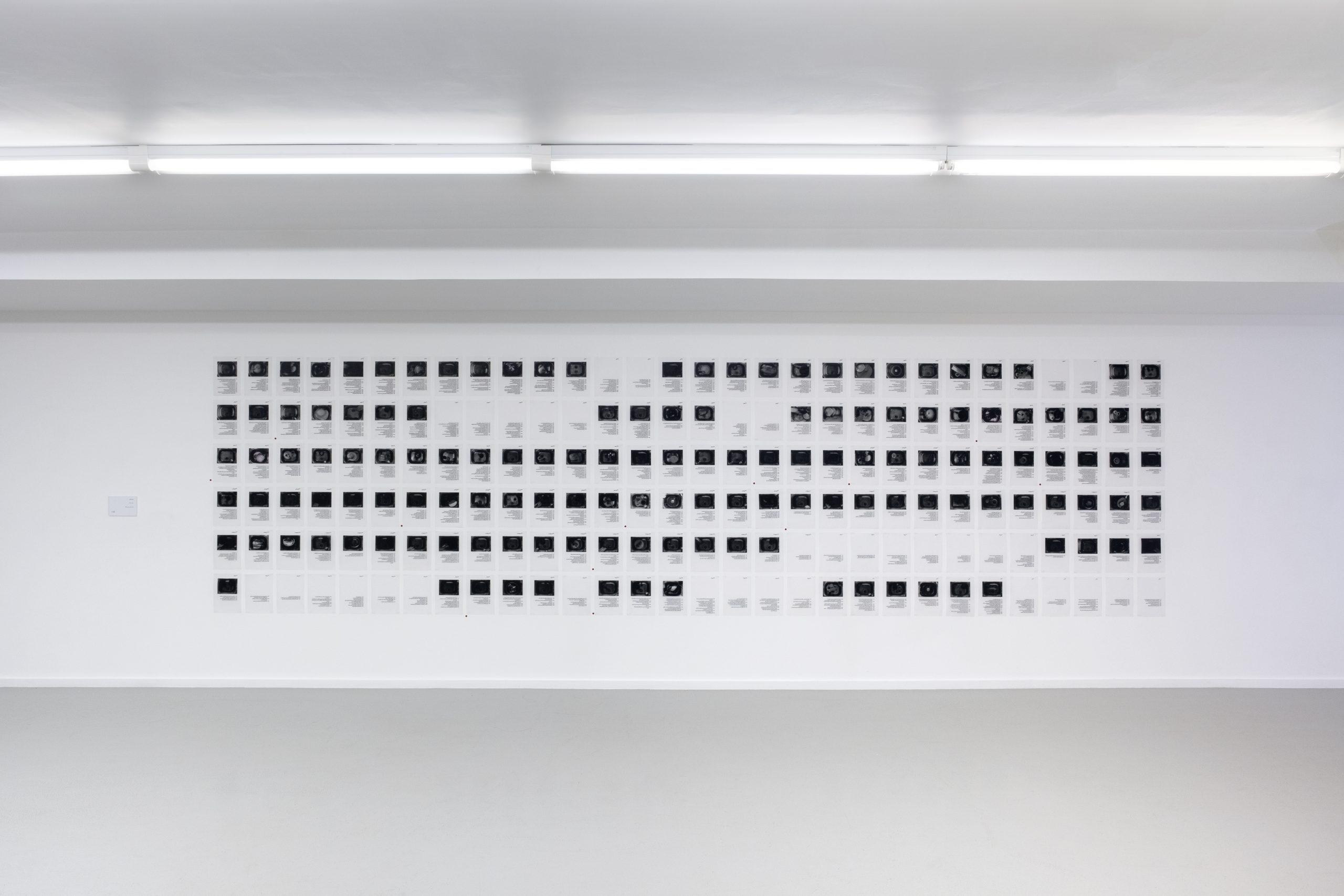 The main purpose of this work is showing the relationship between history and our lives as well as the reflection social incident on each individual.

This work illustrates 180 days of my life summarized in a kitchen sink and the message behind choosing this frame was pointing at the fact that a kitchen sink despite being a solid frame can represent the cycle of life as it gets filled , emptied daily and also shine a light on what remains at the end of the day and the impacts it has on individuals.

“Rock, Paper, Scissors”
Statement
They lost the game while were chasing the results with rucks.
Description
We are witnessing a game in which hands symbolize power, freedom and suppression. The setting is in such a way that makes the audience puzzled towards the outcome.

We focused on the importance of freewill and its effects on the life of human beings. Based on the above, we designed a structure consisting of five separate rooms, each demonstrating an incomplete detail of a complete narrative. The viewer will judge the narrative based on his own choice.

Never ending actions, it is about the border between vain action and efficient ones.
Our ordinary actions that we do daily, the ones that we feel obliged to repeat because we are afraid to loose their associated correspondents. My inquiry is about how far we can take it and when is the best time to leave it?